Between January and March 4, 2011, West Shore Community College hosted an exhibit by local photojournalist Ryan Spencer Reed and Detroit-based artist and architect Andy Malone.  Reed’s photojournalistic essay “Detroit Forsaken,” is part of a long-term project on the hubris of power and the twilight of the American industrial revolution. 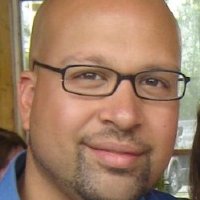 The exhibit is part of “The Big Question” a semester-long series of activities and events including art exhibits, theatre performances, public lectures, panel discussions, guided local tours, and other activities designed to encourage thoughtful reflection on the power of individual choice and initiative.

The posts published on this blog in the Art Experience category are the result of an exercise in sensory awareness in the Mindful Living class.  Briefly, the exercise involved an extended period of meditation, followed by a visit to the gallery.  Students used all five senses and were not permitted to talk.  After experiencing the art, they recorded their experiences as spontaneously as possible.  The goal was to capture the experience as imaginatively as possible.